On the modern battlefield, only defensive systems of the newest generation may compete. Innovative IR detectors are excellent components of such systems. One of particularly refined early warning systems, the intelligent OBRA system, uses photoresistors made by VIGO. The system consists of 4 to 8 detector heads and a smoke grenade launcher. Radiation received by the detectors is converted into a utility signal. If detectors are illuminated by ground-based laser rangefinders or missile homing devices, the system will immediately warn the crew about danger and deploy a smoke screen on the side on which the incoming danger has been detected. The system is installed on tanks and armored vehicles. That, however, is not the only defensive application of VIGO detectors. Sensors are used also as temperature sensors, for example for counting enemy units, and as preventive measures, particularly for disarming mines.

Self-guided grenade launchers, missile launchers and long-range batteries use for homing a natural property of hot substances (understood as substances whose temperature exceeds 0 K), which is emission of electromagnetic waves within the infrared range. Military vehicles and aircraft are characterized by particularly high radiation radiance caused by engine and instruments operation. That enables detecting objects and distinguishing them from the surroundings with the use of infrared detectors. However, the target is not bound to stay in the same position after it is localized. Therefore, a system has been developed based on VIGO products, which ensures precise homing before the proper attack. The system uses a carrier missile that delivers explosive material to the target area. Next, the main charge is ejected and falls down at a controlled speed. After the sensors are activated and a ground target is detected, it is identified by means of comparing its parameters with information stored in a database. Finally, the proper attack is performed and the target is effectively neutralized. 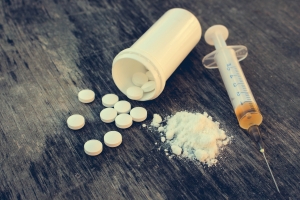 Spectacular achievements have been made with the use of infrared detectors in the area of combating criminal groups producing explosives, weapons and drugs. In the process of manufacturing illegal products distinctive substances are produced, which can be detected by means of vapor or wastewater analysis. The idea of monitoring sewage systems and scanning air with the use of VIGO products has been implemented as a part of the European EMPHASIS project, which combines efforts of leading manufacturers on the chemicals analyzers market. The product to be developed under the program is to incorporate far infrared sensors that will enable detecting from large distances (100-400 m) explosives or their substrates in liquid and gaseous phases. Similar concepts have been presented under a project named HYPERION, the purpose of which is to develop methods for scanning areas where gas explosions, gas attacks or terrorist attacks occurred, and sending the collected information to the competent authorities.