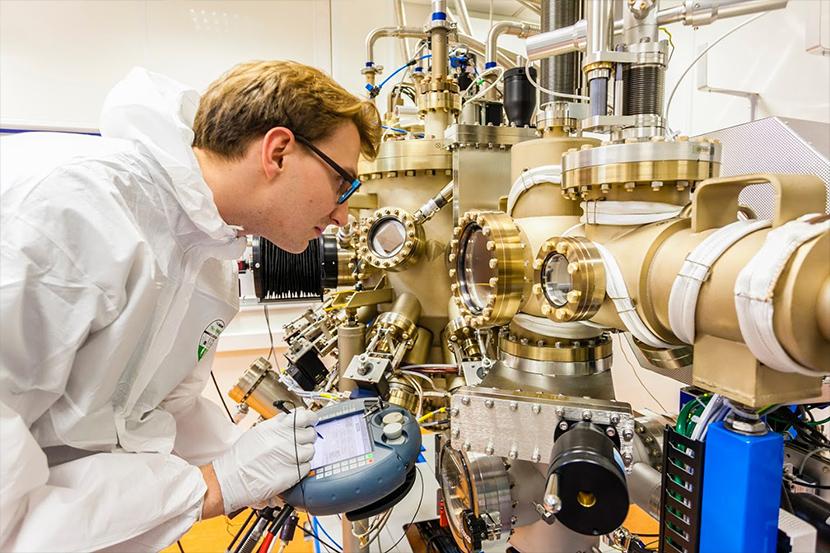 VIGO System S.A. has developed a unique technology for manufacturing instruments for quick and convenient detection of 1 – 16 µm infrared radiation. The instruments operate in ambient temperature or are cooled with simple and inexpensive thermoelectric coolers.

The detectors are built with the use of mercury cadmium telluride (HgCdTe), a unique material whose band gap may be tuned to a large extent by means of changing the alloy composition. The fact that in this material the lattice parameter remains unchanged when the alloy composition is modified enables band gap engineering and fabrication of semiconductor heterostructures with virtually any spatial structure.

By 2003, VIGO had already been manufacturing detectors with the use of Isothermal Vapour Phase Epitaxy (ISOVPE) of HgCdTe. It did not require costly devices, but, on the other hand, it did not enable fabrication of complicated semiconductor structures, like ones in which the band gap could be increased or decreased in consecutive layers of a heterostructure. The possibility of free spatial shaping of the band gap and of doping level adjustment was ensured by a MetalOrganic Chemical Vapour Deposition (MOCVD) reactor commissioned in 2003.

The technique used for manufacturing IR detectors by VIGO System is heteroepitaxy of mercury cadmium telluride on a two-inch gallium arsenide (GaA) substrate with the use of the MOCVD method. As a result, multi-layer, semi-conductor heterostructures are obtained, consisting of more than 20 layers as a maximum, varying in terms of thickness, composition, doping and band gap broadening. They fulfil various functions: structural, optical, photoelectric and electronic.

As the technique is being continuously improved, better instruments can be built showing greater limits of detection and operating speed, as well as more reliability and convenience  of use, with their manufacturing being less expensive. The flexibility of manufacturing processes and the high capacity of the reactor enable fabrication of tailor-made sensors adjusted to the specific needs of the user, particularly to each radiation band within the range from 1 to 16μm, and to various operating temperatures (200 – 300K).